I wasn’t planning on updating the beta so soon, but there were some severe game-breaking bugs in the previous one that I missed. Thanks to the beta testers who brought them to my attention! Play beta 2 in your browser or download the ROM to play in a Gameboy emulator here

Because this was released before I expected, it has an interesting mix of things I’ve been experimenting with, small bug fixes, and big changes to the appearance.

I found that I was underwhelmed and other people were underwhelmed by the graphics and I came to the conclusion that one thing I could really improve was the color scheme, so I’ve started changing the colors for the outside areas, but I haven’t touched the cave areas or anything else

I think the graphics are a huge improvement though!

In the screenshots above, you can see three versions. An original, early version of the game on the left. An in-progress build where I started exploring changing the colors, and where I am right now on the right.

I still think there’s some room for improvement, but I’m a million times happier with the way it looks now. I never managed to find a sky blue that looked good in the Gameboy Color’s 16-bit palette. I’m used to 24-bit graphics, so I’m sure there is one, I just wasn’t able to find it - yet!

I think the distant hills have added a sense of depth that was sorely lacking from previous versions. I’m still working on improving that kind of thing

I’m also excited to talk about a cool little hack I made to enable more than 6 color palettes for background tiles: I used a trigger to change the green color palette to purple. The trick is, you have to make sure that color palette can’t be seen during the change, and you have to make sure you create a trigger that changes it back in case the player goes backwards. It can take a little trial and error to make sure it works just right without revealing how it’s working, but the results were worth it and I have some other ideas on how to use this in ways to make the game extra colorful 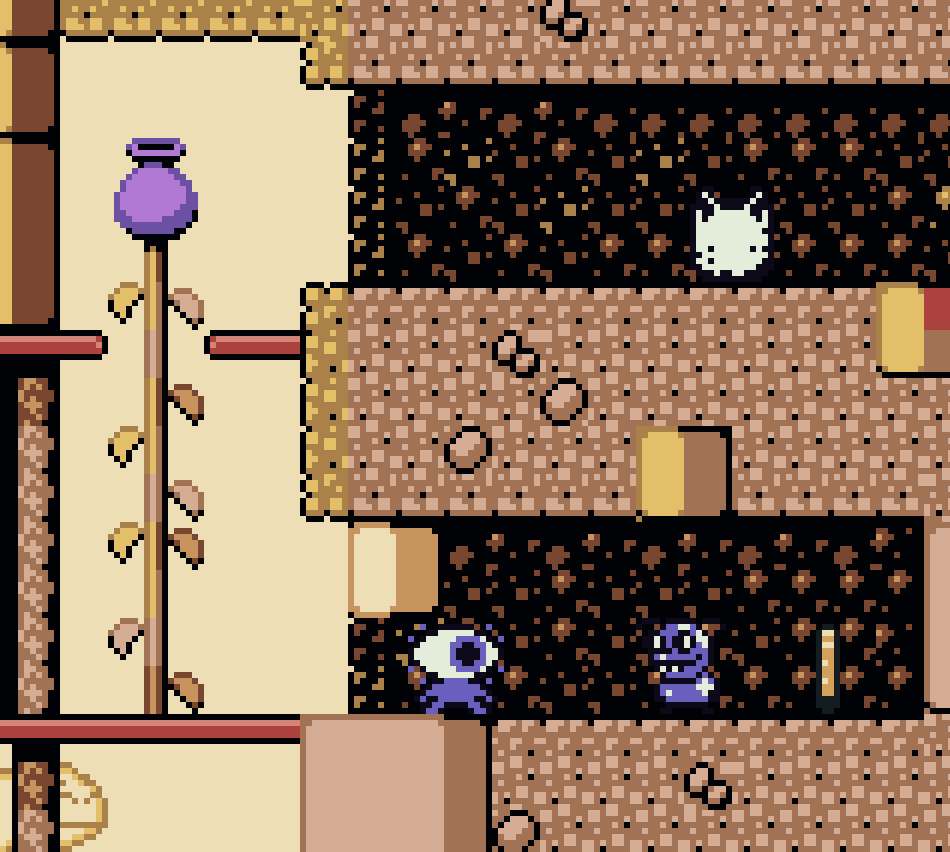 Hope you enjoy beta 2! You will find many small little improvements and half-finished ideas as well as