Beta four includes all of these bug fixes and more. You can play Wink for Gameboy Beta 4  in your browser here

There’s also been a huge overhaul on the map screen. Here are some screenshots of the map screen to give you an idea of the direction it’s heading 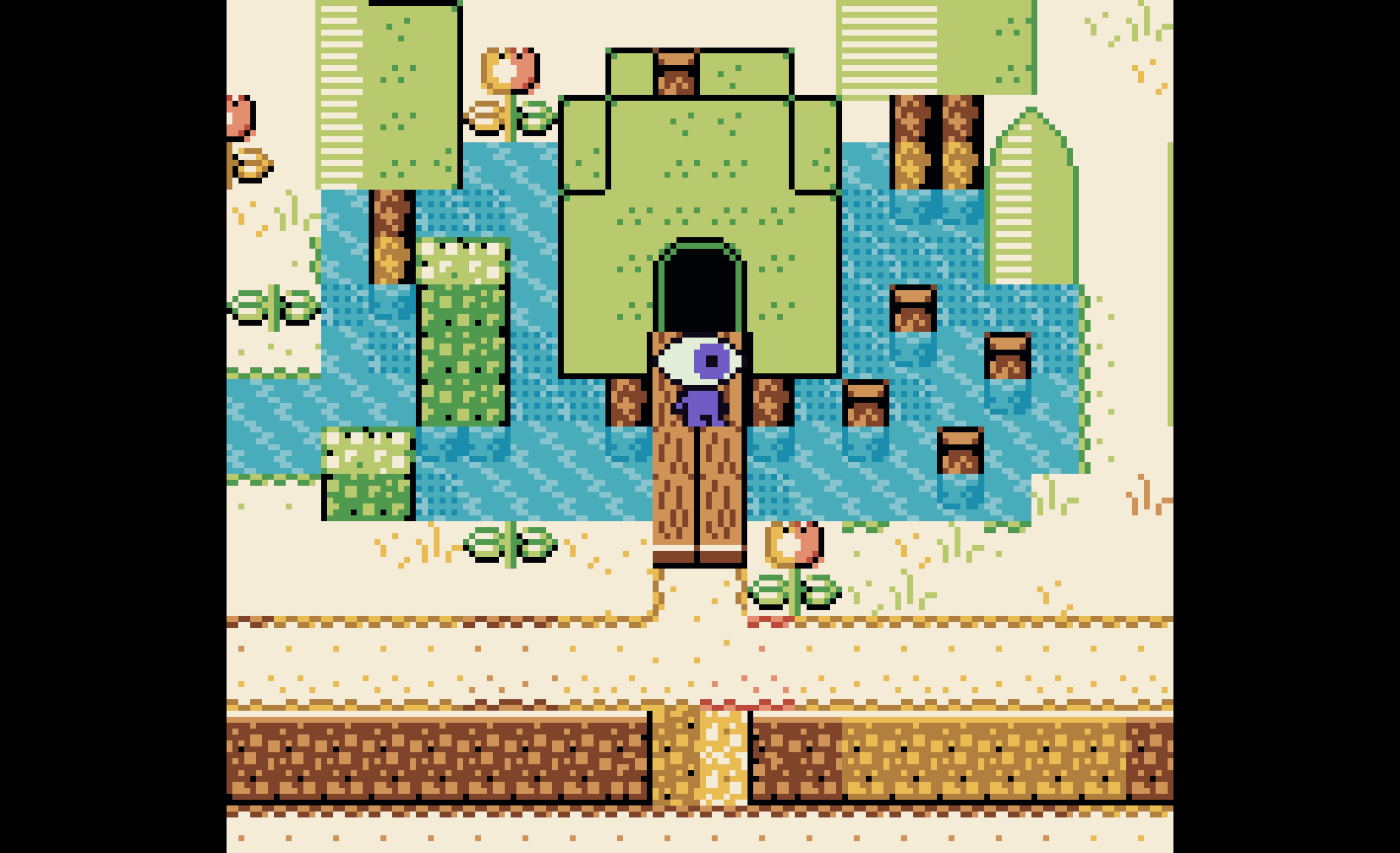 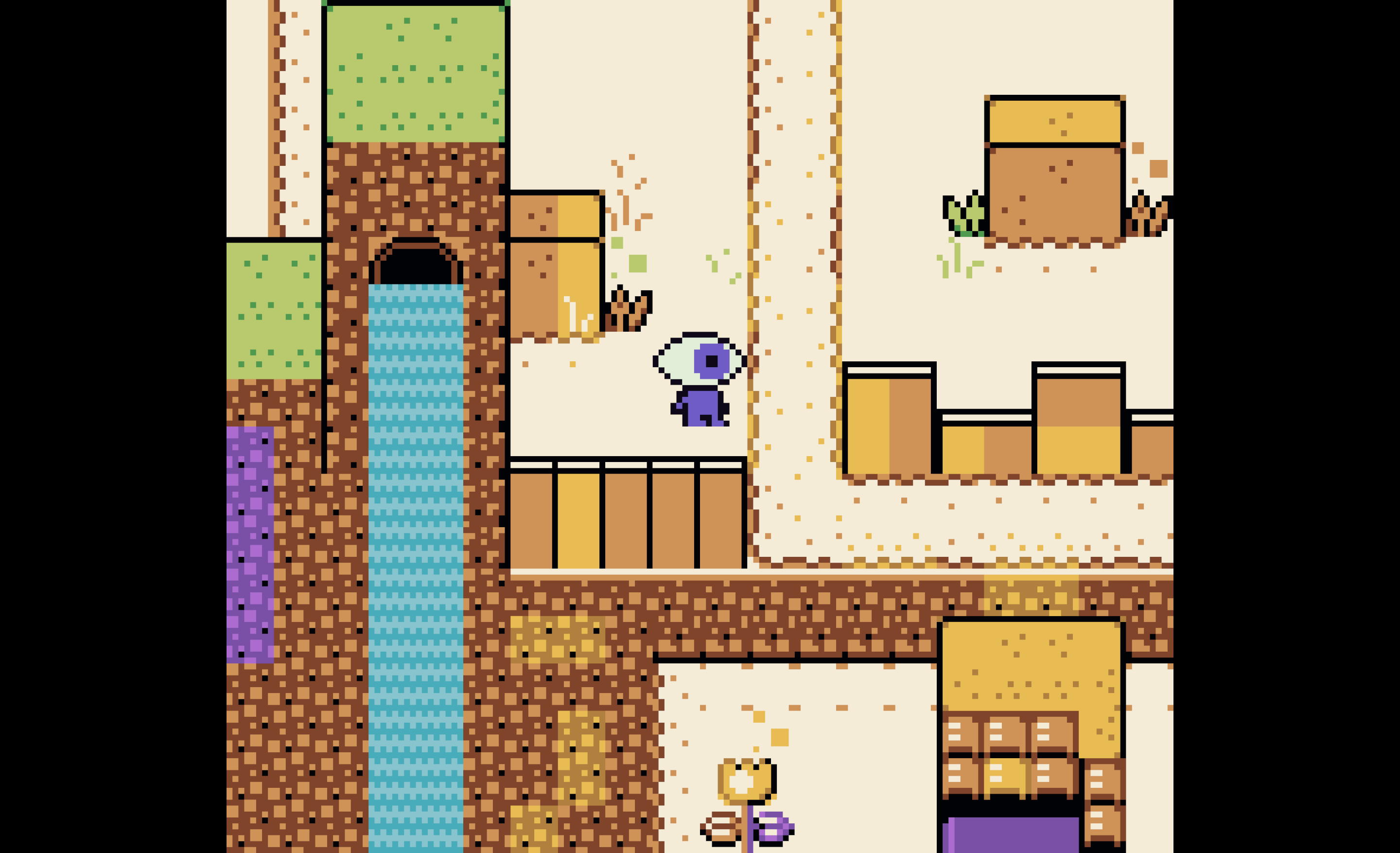 The biggest challenge is I only have 192 8x8 pixel tiles to show a whole lot of variety. It’s required me to do a massive amount of simplification. For example, I’m using the same tiles for the tops of rocks, the entirety of the cardboard boxes, the rooftops, and trees too. Can you tell?

I imagine I’m going to have to do a lot more optimization in the future and get really creative because I have a variety of world ideas and it’s going to be really hard to do that with such a limited amount of tiles.

It’s possible that I could split the map up onto multiple screens, but I was really excited about creating an open-ish Zelda-like world. We’ll see.