How to Make a Cool Bridge in GB Studio

I was inspired by the talented Blu to try my hand at making a cool dynamic bridge in GB Studio and Nalafala gave me an idea for how to implement it. It was clear the whole bridge couldn’t be made of actors because there is a hard limit of 30 actors per scene, 10 per screen, and 5 per line. It just wasn’t enough!

So, my bridge uses tiles to form the main bridge and only one actor to make the part of the bridge that Wink is standing on and pushing down.

Here’s what you’re going to need to make: 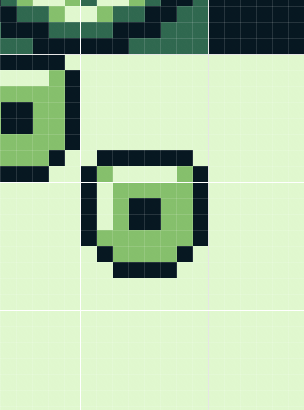 The tile: Notice how the top of the bridge pokes a little bit above the bottom of the tile

The sprite: Notice how the background of the sprite is solid white, not transparent

Tile palette: I’m not using color 3 in my bridge tiles for best results

Sprite palette: I’ve made color 3 pink to show that this color is not being used anywhere because this color doesn’t show up in sprites

Now we’re going to put these in action!

First, make an actor that has the bridge sprite and bridge sprite palette. Name it “Bridge Down” to make this documentation a bit easier, but you can name it anything you want. In the Init tab, add Hide Actor to hide Bridge Down at the start of the scene. 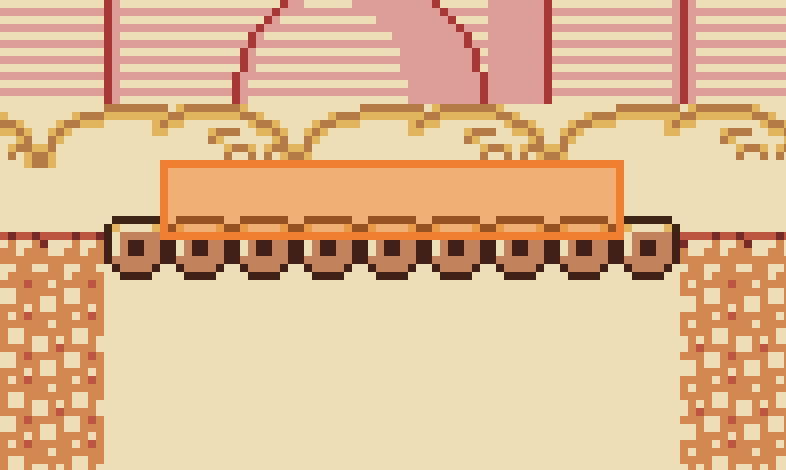 This trigger needs the following code:

Next, we have to create a trigger to make the bridge go back up (by hiding Bridge Down) when the player jumps or leaves the bridge. This trigger always has to be created after the bridge trigger(s) because of the way GB Studio prioritizes triggers. It won’t work right if it’s created before the bridge triggers.

Mine is spread out really far because I have multiple bridges in my scene, but the important thing is that it has to be above and to the left and right of the bridge trigger by at least one tile.

The only code you need to put into this trigger is code to hide Bridge Down: 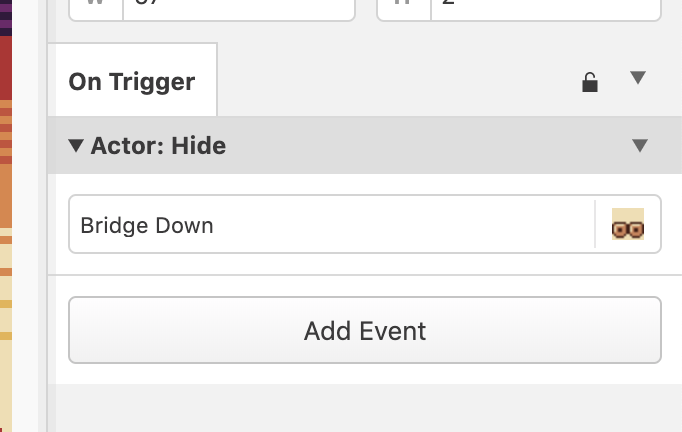 You can lay it out to add more than one bridge like I did, or you can have multiple on and off triggers throughout a scene 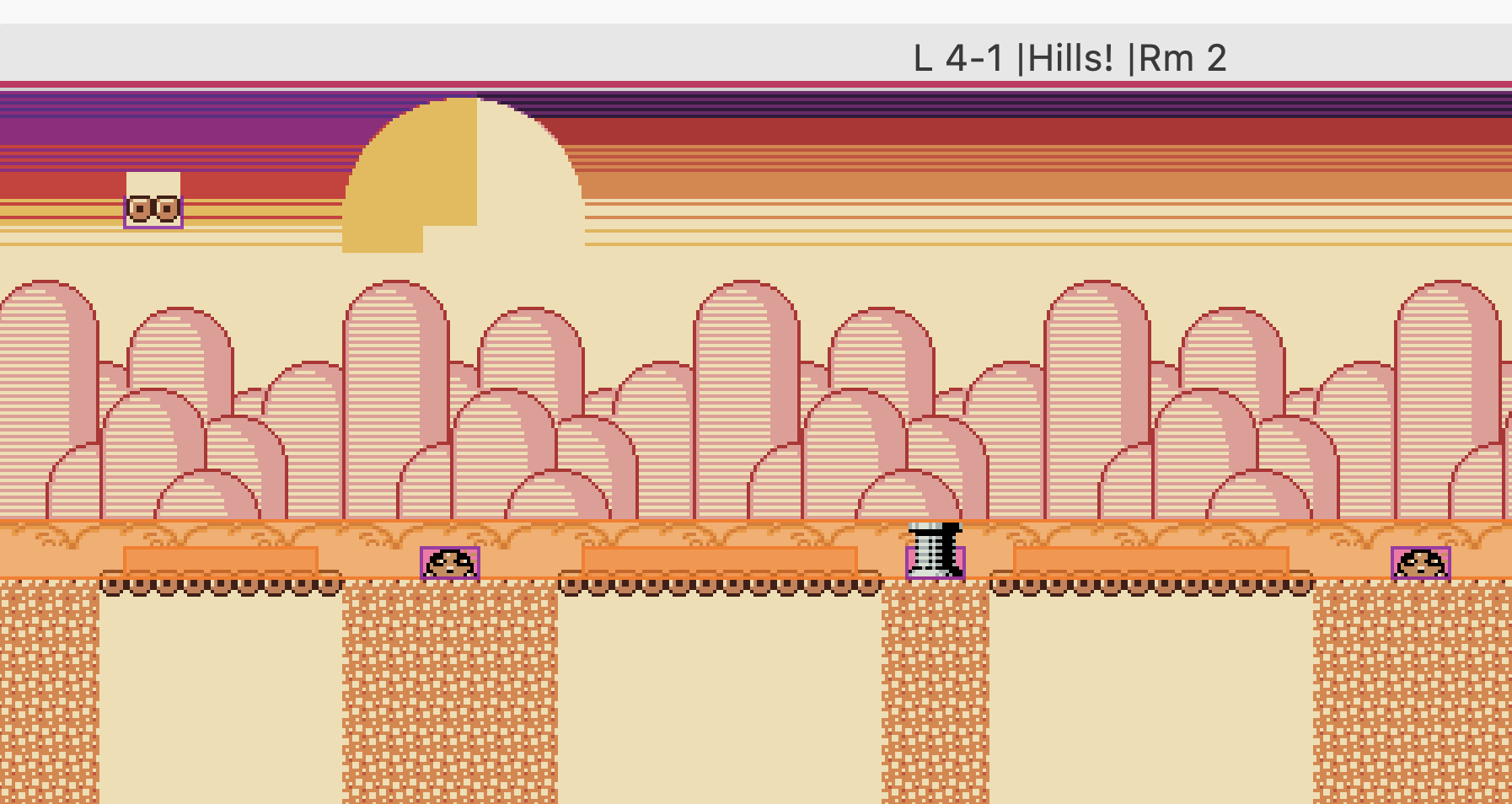 Stay tuned for Wink Beta 6, which will have this bridge and maybe a few more if I can think of some places to put it. In the meantime, check out Wink Beta 5

Great tutorial, definitely adding this one to my 'To do' list